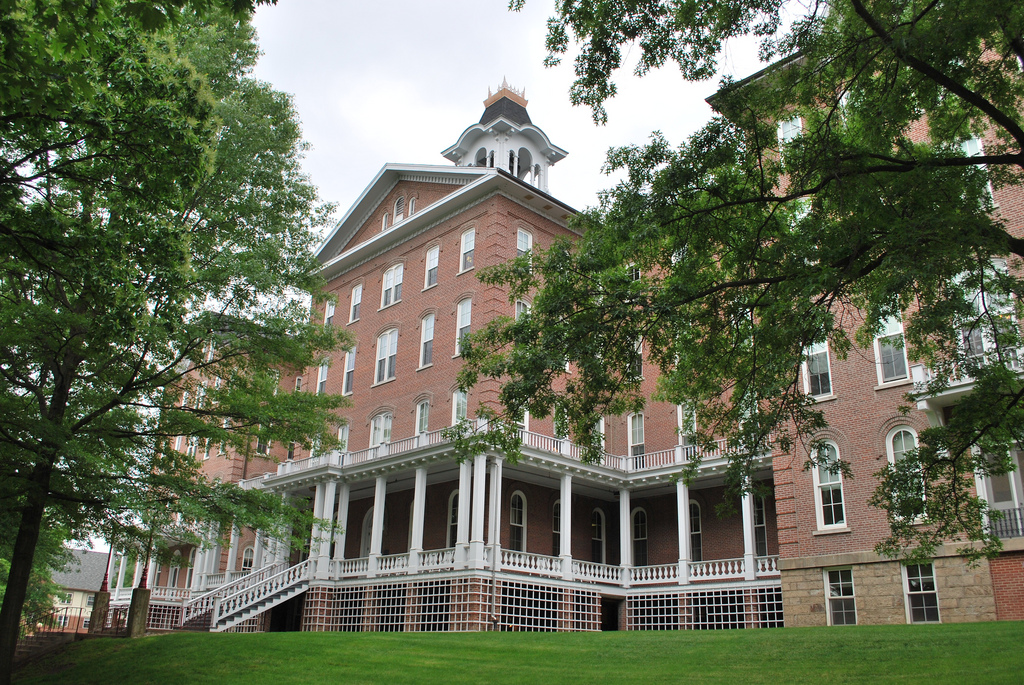 It’s October at Indiana University of Pennsylvania. The anxiety of midterms and an impending faculty strike linger in the air like the autumn leaves. For those of us who first arrived on campus in the fall of 2013, this is likely the last time we’ll see the leaves in the Oak Grove change from green to shades of yellow and orange as an undergrad. The Class of 2017 still has plenty of time to make their senior year memorable, but for now, let’s look back on some of the things we Seniors remember that our fellow Freshmen will never fully understand.

Giant Eagle Express, or GEX, was the beacon of all that was holy and good at IUP. GEX was the only grocery store within reasonable walking distance of campus and met its unfortunate demise in March of 2015. The store had a hot bar featuring macaroni and cheese, wings, mozzarella sticks, and so much more. It was a hotspot for students to study on weeknights, as well as a frequent destination for partygoers searching for snacks after a long night out. The Class of 2020 can have their new Sheetz, but I’d take Giant Eagle Express back any day.

The Time Before The Humanities and Social Sciences Building

Believe it or not, there was a time before the HSS. Before construction began on the new building, the site of HSS housed only a walkway that led from the residence halls to the library and Oak Grove. I used to watch people play frisbee on the path from my room in Putt Hall before they erected the new structure.

The construction of HSS caused a lot of headaches for students on campus and made the walk to class a real treat. It took me almost a semester to relearn my routes to class because the entire area was blocked off for nearly two full years. As someone who endured listening to the construction from 7 a.m. until 5 p.m some nights., IUP Freshmen can consider themselves lucky.

Like Giant Eagle Express, Old Folger’s was a magical place. It used to be home to Starbucks, the Fireplace, Home Zone, Burger Studio, Quiznos and a place that you could get smoothies the size of your head. It was always packed with students on Friday nights and before sporting events, which meant it was a guaranteed meeting place to see your friends and classmates.

Keith and Leonard Halls may have been well on their way out when we arrived. However, Freshmen will never know the joy of having classes in either of these buildings. I will surely miss the auditorium in Keith that looked like an old swimming pool, and how the first-floor women’s restroom looked just like the one from Harry Potter and the Chamber of Secrets. In fact, someone wrote excerpts from the book on one of the bathroom stalls. As for Leonard, I will never forget sitting in class as parts of the ceiling came tumbling down to the floor.

With Keith Hall torn down, and Leonard scheduled to be torn down in the near future, many people have been asking one question in particular. Where will the ghosts of Keith and Leonard go? These two buildings have long been a major stomping ground for the IUP Paranormal Society. With stories of hauntings abounding, I hope that wherever they go, they have no unfinished business.

Many other things have changed in the last 3 years, like an evolving campus climate and culture. IUP is a school that is seemingly always going through a metamorphosis, so it’s hard to say what will be different in another three short years from now. Despite the new changes, I’ll forever hold these memories in my heart—even the memories of loud construction vehicles and crumbling classroom ceilings.

Still have a few years left at IUP? Check out the complete list of IUP off-campus housing .

Callie Kollenbroich has been the Operations Coordinator and Content Writer/Editor at Rent College Pads since 2015. When she's not working, you can find her at home, eating peanut butter out of the jar and bingeing an unhealthy amount of Forensic Files. She's not as lame as she sounds.